Welcome to Millom Rock Park in Cumbria, an inspirational site of geological interest 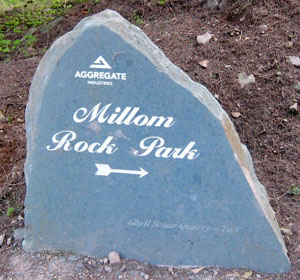 Millom Rock Park is a unique visitor attraction offering fascinating insights into the formation of rocks: how they are formed and reshaped in the 'rock cycle', and how they are quarried, crushed and processed. It is of particular interest to schools and students of geology as well as a superbly informative tourist attraction which can be enjoyed by adults and children alike.

Huge rock samples line the aptly named 'Rock Street' with detailed explanations of their source, age and origins, providing a hands on experience of ancient worlds and the incredible vastness of geological time.

The site is rich in information. A storyboard maps the story of the Earth and its geological development. You can also learn about the mining history of Millom.

Millom Rock Park is perched above Ghyll Scaur Quarry, a working quarry at the heart of a former volcano that once covered most of the Lake District. From the viewing point you can watch powerful diggers, dump trucks and wagons working the quarry floor.

CAUTION! Although the Rock Park is separated from the Quarry by secure fencing, visitors should take care and keep away from steep drops and rock faces. Children must be supervised at all times. Access to the quarry is strictly prohibited. The Park will be closed during blasting for safety reasons. 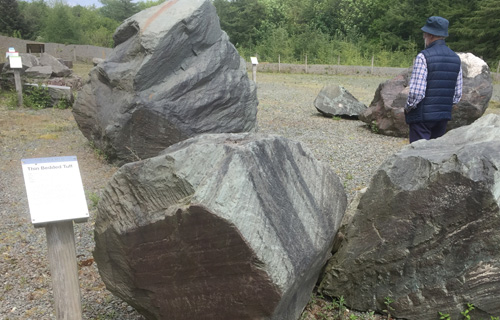 Discover the secrets of the ancient geology beneath your feet as you see and touch rocks from prehistoric worlds and read about their formation and development. 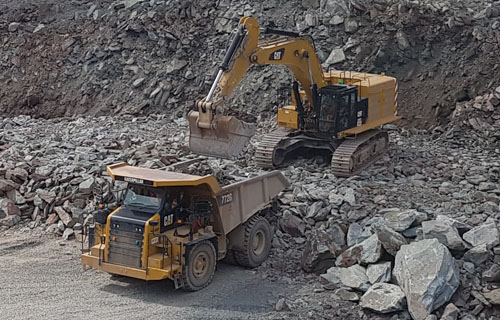 Learn about the workings of the Quarry, which has extracted 8 million tonnes of roadstone since it opened in the 1930s. Managed by Aggregate Industries, Ghyll Scaur Quarry produces high quality aggregates for anti-skid surfaces and roadstone.